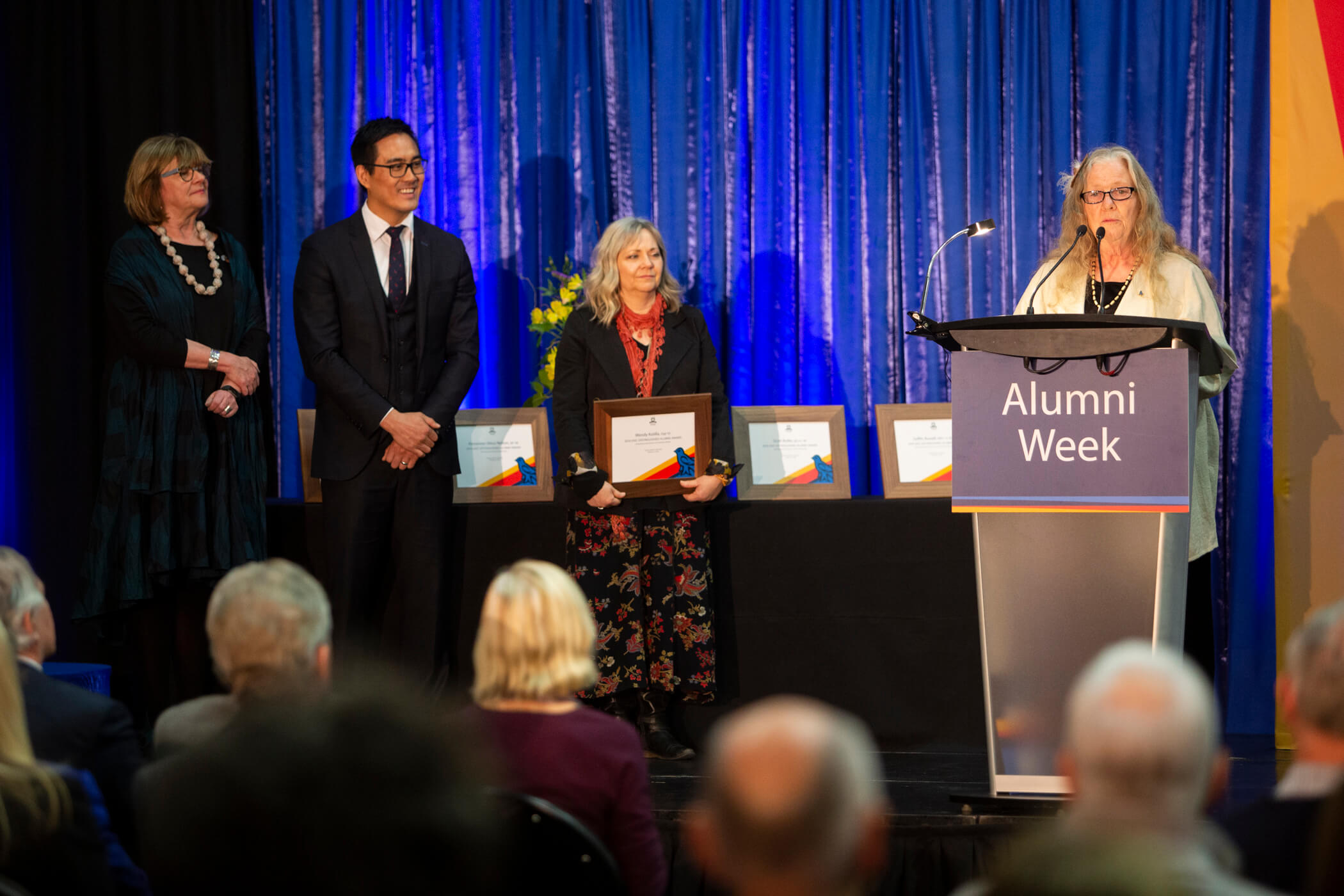 On February 5, 2019 I was incredibly honoured to receive the award for 2018 Distinguished Alumni from the University of Victoria, Division of Continuing Studies. Below you will find a copy of the speech I gave at the event. 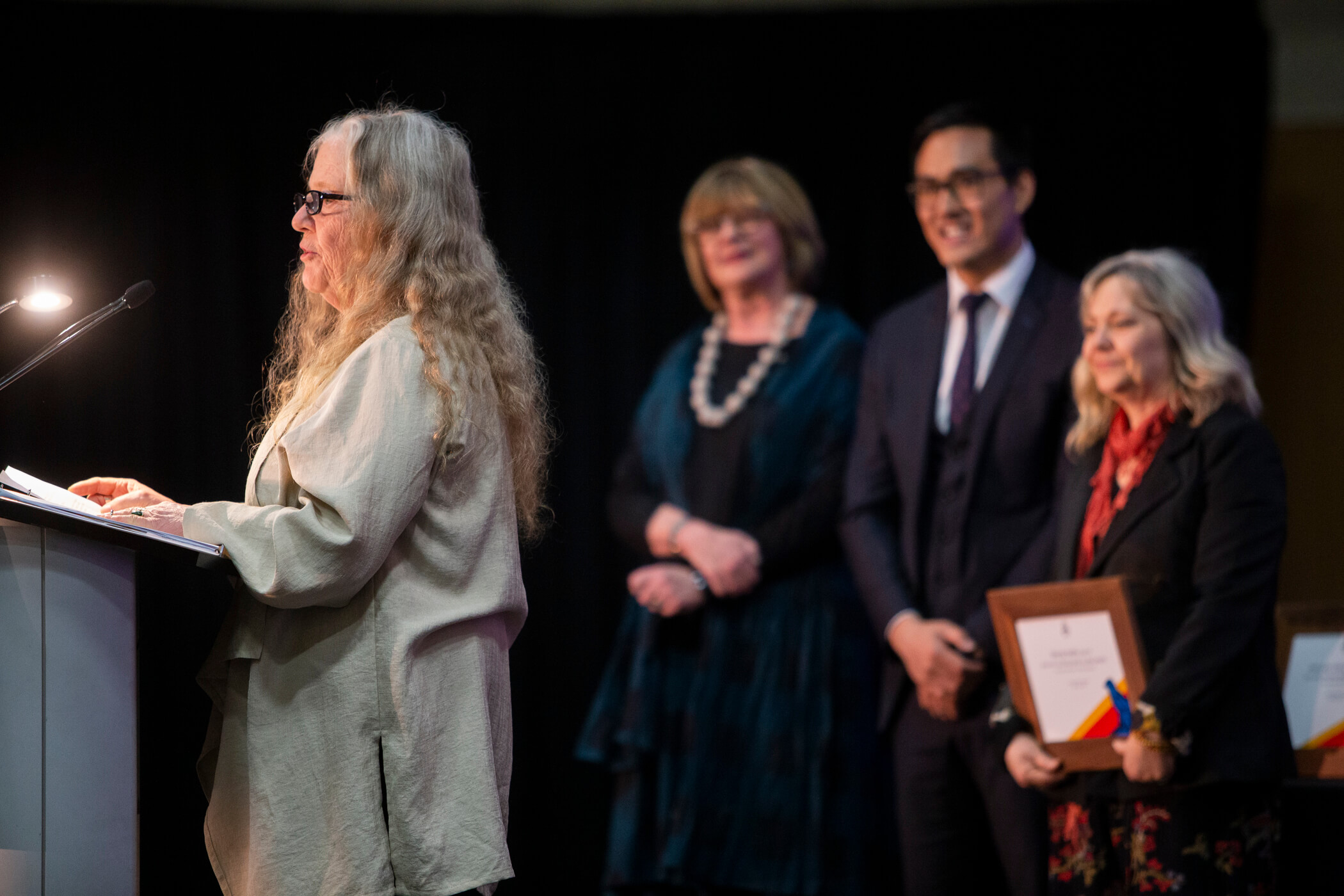 I acknowledge we are on unceded traditional territory of Lkwungen First Nation.

I am incredibly honoured by this award nomination and will share how I got here.

My Speech is Called:  JOURNEY OF KNOWLEDGE

My given name is Wendy Mae Kotilla.  My mother was a prairie farmer’s daughter in Manitoba and is English, Irish and Dutch.  My father’s family is Finnish and came to Vancouver Island in 1901. Our family lived on the north island from 1965 to 1969 where we were always hunting, fishing, berry picking and exploring wilderness.

In 1970 at the age of fifteen my vocation as an environmental activist began in Campbell River.  That same year Greenpeace formed over the nuclear bombing of the Amchitka Islands in Alaska. With banners made in the school cafeteria we marched the streets shouting “Save Amchitka”.  In 1972 I was a young mother and graduated from high school in 1973. My academic credits included half of Grade 9 Math and Grade 10 English.

As a single Mom on welfare, a social worker told me I was the kind of person who would always be on welfare.  In 1984 I became a commercial fisherman, which included salmon, cod, tuna, prawn and halibut fisheries. I fished nine years around Haida Gwaii, Vancouver Island, mainland inlets and a hundred miles offshore.

Salmon stocks were declining, so I started taking environmental courses and volunteering for salmon enhancement.  My first conference in 1988 was called “Wild Salmon”. The overview I wrote was published in local newspapers and the conference proceedings.

By 1990 I landed a job for eight years at Carnation Creek, a remote watershed in Barclay Sound that studies logging impacts on salmon.  In 1993 the Clayoquot Sound logging protests were organized. A summary I wrote about Carnation Creek was published in Witness to Wilderness: The Clayoquot Sound Anthology.  I conducted fisheries research for five years with Clayoquot Biosphere Project in Clayoquot River valley, which remains unlogged due to ecological documentation.

In 1997 I started the University of Victoria, Restoration of Natural Systems Program.  I challenged university entry English and received an A- for my self-taught writing. My second course paper was presented and published with the 1998 Helping the Land Heal conference in Victoria.  For the final project I recorded Huu-ay-aht First Nation and Carnation Creek researcher perspectives. It was presented at a 2001 Society for Ecological Restoration conference and published as “Landscape Connections and Worldviews”.

In 2004 I created Youth and Ecological Restoration, which is funded by Ministry of Children and Family Development. This year it celebrates fifteen years and three hundred and forty youth participants. The program provides one-on-one work experience through ecological restoration methods, ecotherapy practices and mentoring support.  Youth restore local watersheds with community members to gain a sense of worth, belonging and place.

Someone that stands out in my UVic experience is Dr. Richard Hebda. He inspired critical thinking that motivated me to work harder and produce better quality research papers. Sixteen years after I graduated, he edited a scientific report I wrote about eagle bathing rituals in a river canyon. Fond memories of Richard include his passion for ecology and his slogan “Boots Not Suits”. Thank you, Richard, for coming to support me tonight.

Returning to UVic as a mature student was extraordinary because it stretched me far beyond my comfort zone.  It formalized my practical experience, so I had credentials when applying for the youth program funding. Just as others have done for me, I now impart my knowledge to the youth and help them realize their unlimited potential. 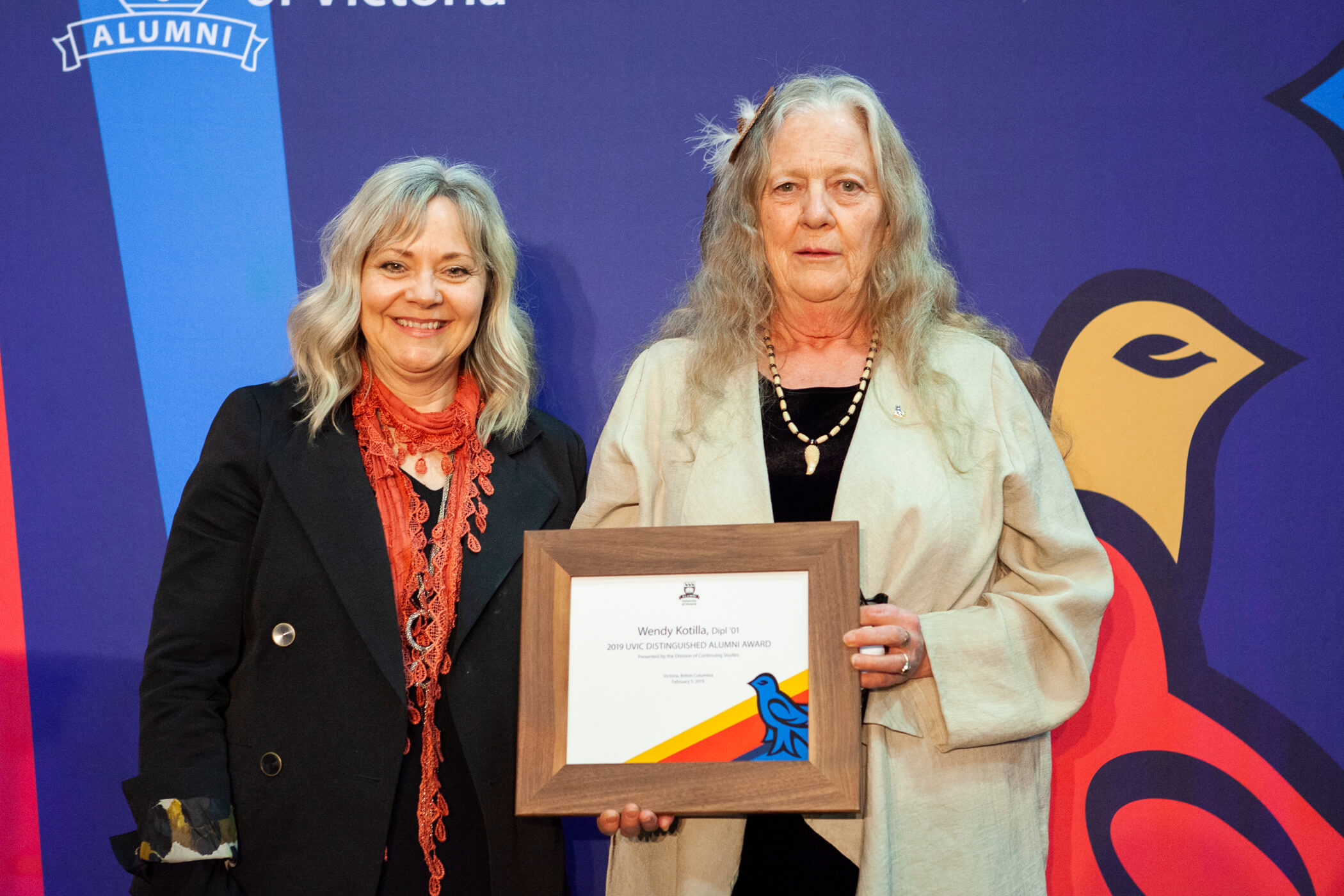 *The images above and below are of Wendy Kotilla next to Jo-Anne Clarke, Dean of UVic Division of Continuing Studies. 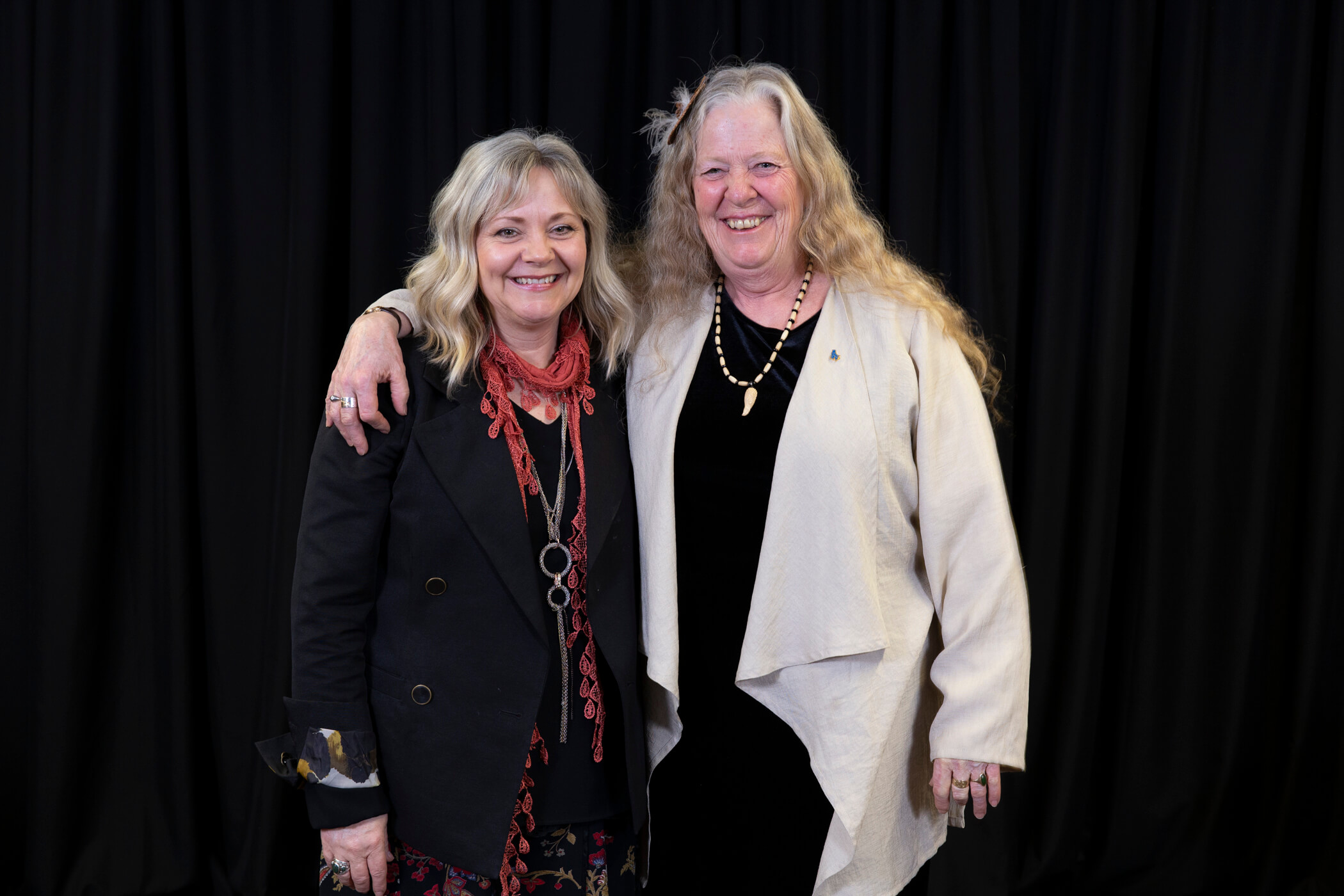